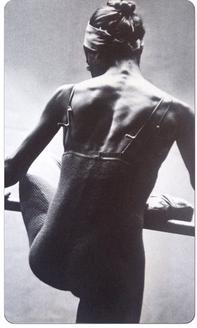 Jaye Petrick has been working in both drama and dance for over fifty years. She was Napa Valley Ballet’s artistic director for nine years before retiring from teaching dance in 2016. She holds a Master’s Degree in Theatre Arts and was on the drama faculty at the University of Washington where she helped establish the Professional Actors’ Training Program. Ms. Petrick has served on the Theatre Arts and Dance faculties at the University of Idaho, Butler University in Indiana, Gonzaga University in Spokane and the Cornish Institute for the Arts in Seattle. In addition, she helped establish the Chicago Performing Arts High School in 1980 and had her own professional acting company that played three seasons of summer stock in Washington, Idaho and Montana. She and her husband were later recruited by the Spokane Civic Theatre to direct in its new state-of-the-art facility; they remained there as co-artistic directors for another four years. Ms. Petrick has received a Governor’s Medal for Excellence in the Arts, two medals from the British Council for experimental theatre productions in Gdansk and Bydgoszcz (Poland), several full production grants as well as a Choreographer’s Fellowship from the National Endowment in Washington, D.C., commendation from the Partners-of-the-Americas for her work at the Casa de la Cultura in Guayaquil (Ecuador) and civic theatre awards for lighting, direction and choreography. Most recently, she was a year in Japan studying near the famed Noh Theatre in Nagoya while directing a production of “West Side Story” for the Sho Kosugi Institute.

Jeannette Allyn Petrick (Jaye) first began her career by appearing with the famed Ballet Russe as young Clara in a touring production of "The Nutcracker." She then trained at the San Francisco Ballet School under the direction of Lew and Harold Christensen and eventually served as an Associate Professor of Dance on the faculties of Butler University, the University of Washington, the University of Idaho and the Cornish Institute for the Arts in Seattle. She was Prima Ballerina Maria Tallchief's school director in Chicago and choreographed for the Chicago City Ballet’s production of "Cinderella" featuring Suzanne Farrell. Ms. Petrick was the Artistic Director of her own ballet company for ten years and regularly toured a 36-state region performing in such places as New York City and the Kennedy Center in Washington D.C. Both she and her company were mentioned on the floor of the United States Congress for their number of performances across the country which led directly to the passage of a bill funding the Dance Touring Program. She and her company were later featured on a PBS Dance in America program. Ms. Petrick has received the Governor’s Medal for Excellence in the Arts, an NEA Choreographer’s Fellowship, several full production grants from the NEA, two medals from the British Council for productions overseas and commendation from the Partners-of-the-Americas for her work with the National Ballet of Ecuador. As a free-lance choreographer, she has set over fifty ballets on companies both here in the United States and overseas. Ms. Petrick holds a Master’s degree in Theatre Arts, a Bachelor’s degree in Arts Education and teaching certification for grades K-12.